Remember a few years ago when I posted about Jack N The Box tacos during MOFO? Since that post vegan sliced cheeze has come out and I make the tacos using sliced over shreds. So here is a bit of an update. 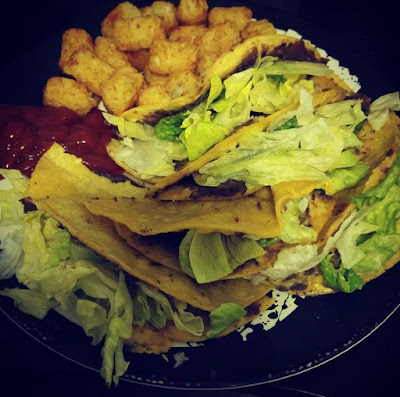 I have tried a few vegan sliced cheeses and really like Go Veggie Brand vegan slices inCheddar or American. They both melt really good and have that classic school lunch taste. Everything about the tacos other than the cheeze have remained the same. I do not make them as often as I should because standing over a frying pan is a bit tedious but when I need salt or I want to show Matt some love I bust out a phat plate of these babies!
Posted by Kendy P at 5:43 PM