Mickey - Tribute To A Great Cat 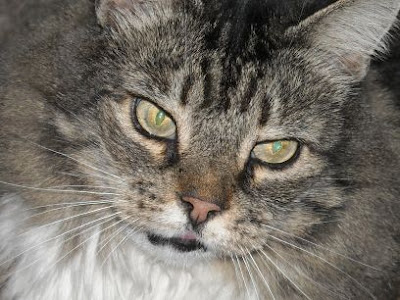 Mickey
On Monday Mar's mom Mickey passed away. She was 20 or about 20 years old. Mickey had a wonderful life, pulled through things like getting hit by a car and attacked by a dog. My mom and step father treated her like a queen.
I still remember when my sister brought her home - she fit into our house nicely, even though my dad said no to her. Soon enough she warmed him over. She was a sweet cat who gave me the best gift ever - Mar. I thanked her every time I saw her for him.

With Mar passing last month and now Mickey our family is deeply sad. We have days of tears, especially as people start getting into the holiday spirit. Our family will never be the same.

We love and always will love you Mama Mickey.... 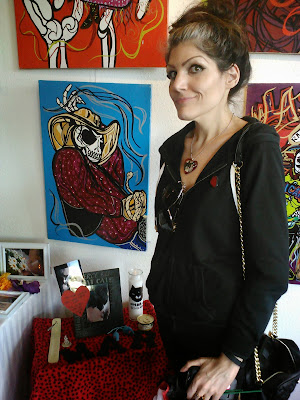 My altar for Mar (and I) at Peer Recovery Arts in Modesto.If you like the art in the background check out Chicano Art Frisco Style . 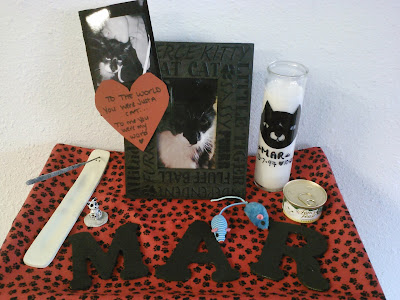 Closeup of Altar. I included his favorite cat food treat, toys, wooden letters I painted that spelled out his name, paw print fabric, pictures, incense in a glow in the dark (cat eyes) holder, a prayer candle I made. 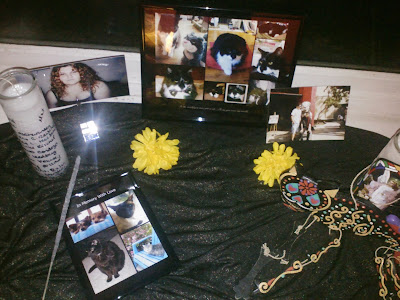 Our home altar complete with Mar photo collage, photos of my sister, Matt's dad and some of the doggies and kitties of people we know or have met through the CRF groups. For those without pictures I placed their names on a candle.

These last few weeks have been hard. Creating these altars have helped me think of good memories and show love to those that we have lost.
Posted by Kendy P at 10:13 AM 2 comments: 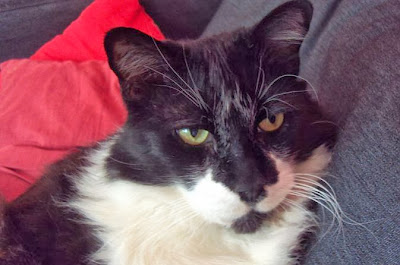