On Saturday we headed to the good ol' East Bay. First stop was Rock Paper Scissors Collective to take part in their 5th annual vegan cupcake challenge. I arrived wanting cupcakes and needing a sugar boost. We paid our 5 dollars each to get in and started sampling away! 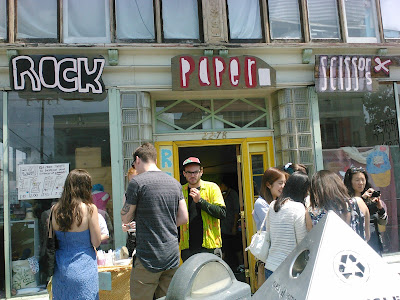 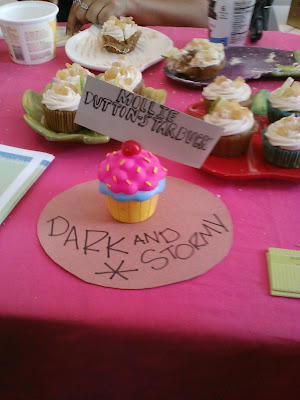 First up in the line of cupcake sampling was the Dark and Stormy by Mollie Rose Baking Company. I actually sampled this one last - though it was first in line. It was my favorite - the one I voted for and the winner! It had a salty sweet taste going on and the lime shooter slice at the end was a tasty whimsical touch. 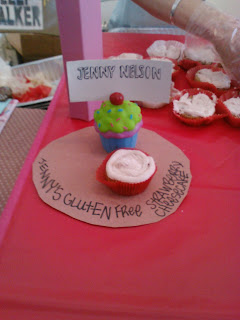 Matt voted for the strawberry cheesecake - he is a sucker for cheesecake! 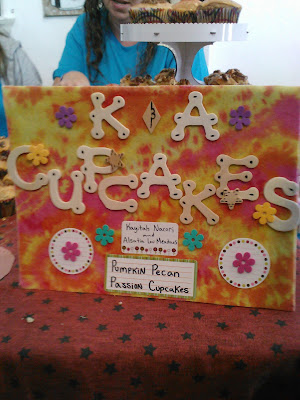 Pumpkin Pecan Passion Cupcakes in the mix made me think of fall! 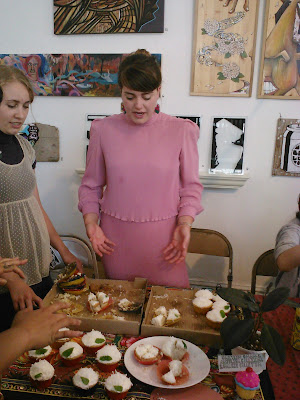 Coconut cupcakes - I liked these, though Matt passed them up due to his coconut-hate (more like dislike, hate is such a strong word!).  Tropically-tasty indeed! 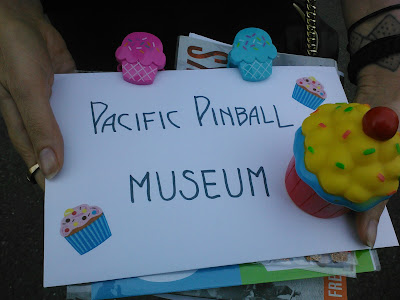 After sampling cupcakes they did a drawing and Matt won a prize! He seems to win prizes at vegan events pretty easily! Lucky him. He won a a pass to the Pacific Pinball Museum! Right up his alley! Yay!

A super fun start to our day in the East Bay! I love vegan events! So fun! I even got some inspiration and kind words! Thanks Matt for braving the cupcake crazed crowd and scoring me some photos!