On Friday we hit up Oakland and Berkeley for food and fun! We tried some new things out this time around.

After hearing so many good things about Timeless Coffee Roasters we had to go grab a snack and a drink. I did not know everything was vegan, mainly because only some things said vegan and there was no menu. I did know what to get since viewing pictures people have posted around various sources. 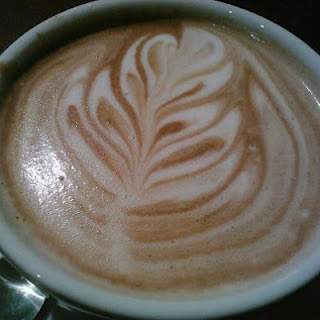 We had to get the spicy hot chocolate with almond milk - it was national hot chocolate day and again after seeing it posted I wanted that! We shared that and a piece of carrot cake. I bought coffee and cherry pistachio biscotti to take home.Yummy all around!

Oakland Whole Foods had us searching for eczema cream (did not find) and vegan jelly doughnuts (which we found and were not to impressed with). I bought all of the hickory flavored Primal Strips for Matt's lunch because we hardly find that one here and it is his fave flavor. Oakland Whole Foods has got to be our fave Whole Foods location.

Off to Berkeley - which took us 30 minutes to get to, but we saw some cool houses and such. Why to Berkeley? Natures Express and GiGi of course! I got to have a kale and avocado wrap (which she ordered too) and a side of vegan chat. Our significant other chatted as well and oddly ordered the same meal!

We were in Oakland for a concert, the concert turned out to be not so great - house party and freezing cold. However, we had a great time! We will be back soon!
Posted by Kendy P at 3:01 PM